”You are the light of the world… You are the salt of the earth.” Jesus wasn’t making suggestions when He spoke these truths to His disciples. In this dark world, Christians must make their presence known through their love for each other, love for the world, and love for the truth. I’ve been guilty at times of only shining in the arenas that I’m comfortable shining in. It’s comfortable for me to shine in the church, at home, and with my neighbors and friends. The place I’ve struggled the most to shine is in the political arena (honest confession). Somehow many of our minds have been conditioned to believe that Christ’s Kingdom work is disconnected from the realm of politics.

For me, I’ve never wanted to be guilty of trusting in politics and government more than Jesus, but recently God has convicted me that I should be doing more to honor Jesus by standing up for His truth in the face of political opposition. No, I don’t trust in government (chariots and horses). Nothing the government does or doesn’t do will stop the church or diminish my resolve to continue preaching the Word of God in its fullness. But, because I do trust in Jesus, I also need to believe that He can use the voice of His church in this democracy called the United States of America in which He has placed us. It is a loving thing to put laws and leaders in place that will honor God and benefit the society in which I live.

Proverbs 14:34 – Righteousness exalts a nation, But sin is a reproach to any people.

Proverbs 29:2 – When the righteous are in authority, the people rejoice; But when a wicked man rules, the people groan. 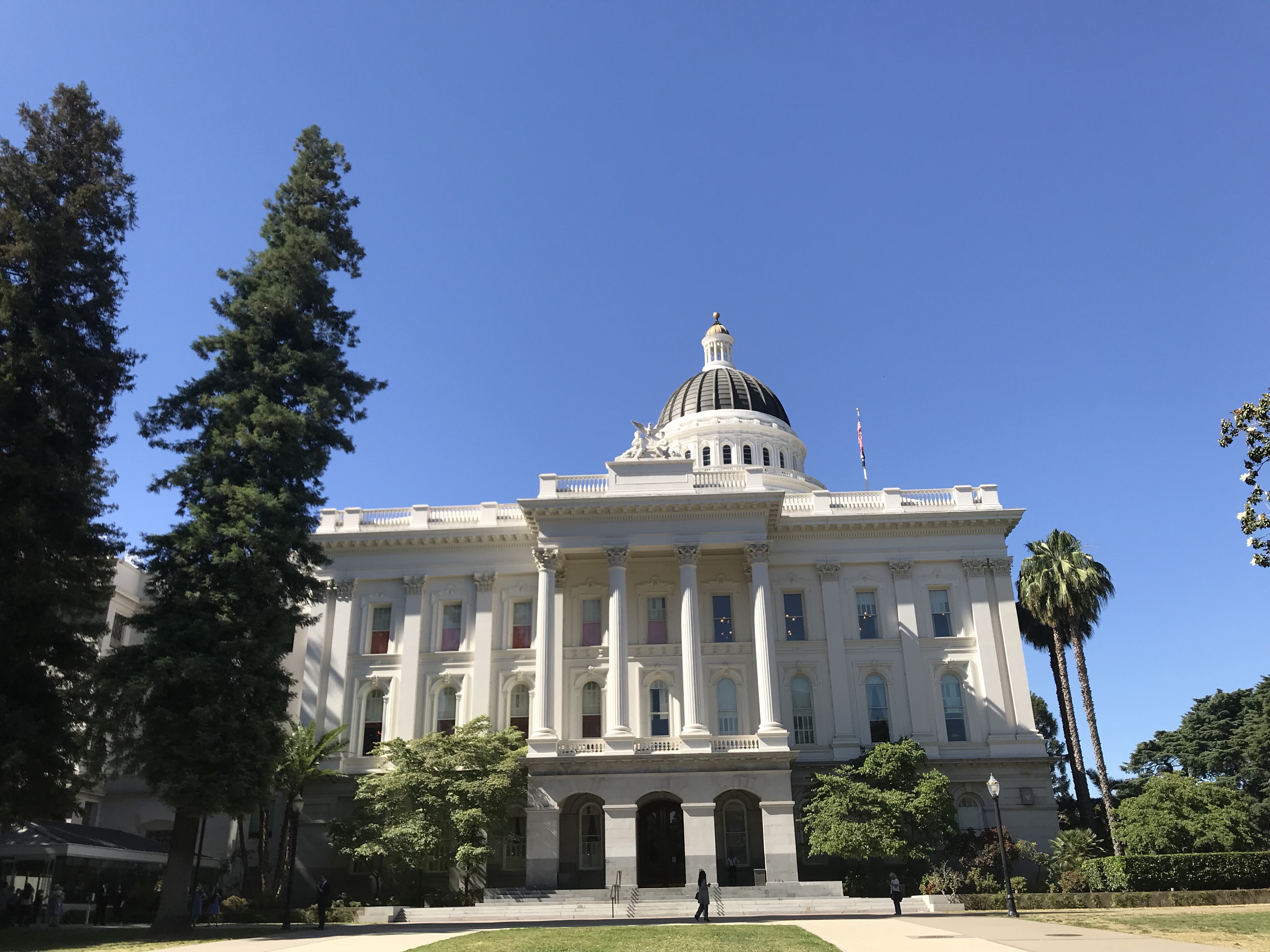 I spent today at our state’s capital. Hundreds gathered for a day of action to show our opposition to AB 2943. This bill is a repressive law that will severely limit the counseling options that folks in the LGBT community can pursue to embrace and thrive in their God-given gender identity.

After some powerful messages by pastor Jack Hibbs (one of my former pastors), several other keynote speakers, and a series of moving testimonies from ex LGBT people whose lives have been radically transformed through Christ (check them out at oncegay.com), we walked into the capital to voice our opposition to the Senate Judiciary Committee. Over an hour later, the voices of opposition were still rolling in to express their concern. People came from every corner of California in solidarity and unity against this bill. One senator stated that he had never seen so many people come to voice opposition to a California bill over his entire political career.

The committee, mainly consisting of far left liberals, despite the respectful voice of the people, dismissed nearly all of the opposition and their arguments. If ever it was evident that there is a liberal and godless agenda in California politics, it was today. The senators reassured us that this bill wouldn’t ban the selling of Bibles or impact the free expression of religious beliefs, but they missed the bigger picture of why we are concerned. At its core, this bill hinders the ability of people who are confused and searching for answers regarding their sexuality to pay for and acquire whatever services they see fit to succeed in their journey. This includes faith-based programs or licensed Christian counseling services. We love homosexual people, God loves them, and we don’t want to see them without access to appropriate and faith-based support.

At its core, this bill hinders the ability of people who are confused and searching for answers regarding their sexuality to pay for and acquire whatever services they see fit to succeed in their journey.

Do some secular conversion therapies employ inappropriate or damaging methods in some instances? There’s no doubt. Personally, I am not opposed to a law that specifically targets those harmful practices. Unfortunately, this bill is intended to be more far-reaching. Its purpose is to make a legal declaration that the LGBT person doesn’t even need help to change because they are fine the way they are. This goes against the gospel, not just for those struggling with their sexuality, but for all people who are walking in sin and darkness and need the hope of Jesus for change.

The Committee voted to move the bill to the Senate floor. Unless the Lord sees fit to intervene (which He fully capable of doing), it should pass in short order. But none of this moves me. The enemy might win a political battle, but Jesus will win the war. Perhaps through this, the light and love of the church will be awakened to an even greater degree!

As for myself and our church, we will continue to welcome people struggling with issues of sexual identity to explore those issues from a biblical perspective. It’s my surest hope that they will find the help, love, and support they need to transform them into the image of Christ. No law or government can stop the infinite power and unfathomable love of Jesus.

Continue to pray for our elected officials, and use your voice in these times for righteousness. May your speech be with grace and your actions with love, but make sure you are utilizing both. Now is not a time for the church to be sleeping and walking in the dark!

Romans 13:10-14 – 10 Love does no harm to a neighbor; therefore love is the fulfillment of the law. 11 And do this, knowing the time, that now it is high time to awake out of sleep; for now, our salvation is nearer than when we first believed. 12 The night is far spent, the day is at hand. Therefore let us cast off the works of darkness, and let us put on the armor of light. 13 Let us walk properly, as in the day, not in revelry and drunkenness, not in lewdness and lust, not in strife and envy. 14 But put on the Lord Jesus Christ, and make no provision for the flesh, to fulfill its lusts.

"True peace doesn't come from enacting measures of self-preservation. It comes through consistent and intentional trust in the Lord." #peace #Covid #trustthelord

As followers of Christ, we don't get to pick and choose what issues matter to us. If it matters to God, it needs to matter to us.

Where there's an abortion clinic, we should shut it down.

Where there are hungry, we should feed them. (cont.)